(ABILENE, Texas)—The Hardin-Simmons choir has returned to America after performing songs such as “Amazing Grace,” “Not One Sparrow is Forgotten,” and “Schubert Mass in G,” for a choral festival in Florence, Italy for Mid-America Productions.

Dr. Clell Wright will not be returning to HSU for the fall semester, but accompanied the choir on one final European trip. Dr. Wright conducted the first performance at the Basilica of Santa Croce with the founder and general director of Mid-America Productions, Peter Tiboris. Tiboris has conducted in 24 countries and produced over 1300 concerts around the world.

Beginning in Florence and ending in Lake Garda, the Hardin-Simmons choir spent ten days traveling on foot, plane, and even by gondola as they learned about Italy’s deeply rooted history.

On Sunday, a mass was held in the Duomo, which is the center of the cathedral Santa Maria del Fiore that stands high above the city of Florence. “Attending mass in the Duomo was a completely spiritual experience, unlike any other,” said Sterling Miller. “The priest did the whole mass in Gregorian chant, and it was phenomenal!” Miller continued to say that the Duomo is filled with stunning paintings, statues, and incredible detail inside and outside of the building.

The following day, six students purchased tickets to climb the 463 steps to the top of the Duomo. “I was tired, my legs were shaking, but I do not regret one moment of that. I just can’t believe we were all the way up there,” stated Serayah Peters. A view of the whole city of Florence can be seen once reaching the top of the building. “When I finally got to the top, I looked up and saw the entirety of Florence, and that just took my breath away. So, I was just breathless the entire time!”

After the concert was over, students were given plenty of time to go on tours and to go in groups and have some designated free time to explore and learn about Italian culture. On the last night in Florence, Ricky Ramirez, Jimmy Phillips, Davis Haney, and Catrina Lasyone went to a local establishment to participate in karaoke.

According to Ricky, who spoke with an employee, the room was in total chaos because the wifi was down, and there was no sound technician available. “I just told the guy I study music business at Hardin-Simmons and that I just came back from touring Nashville and he let me take over for sound all night,” Ricky laughed. “It’s crazy because he asked if I lived there and was going to give me a job doing their sound full-time!” 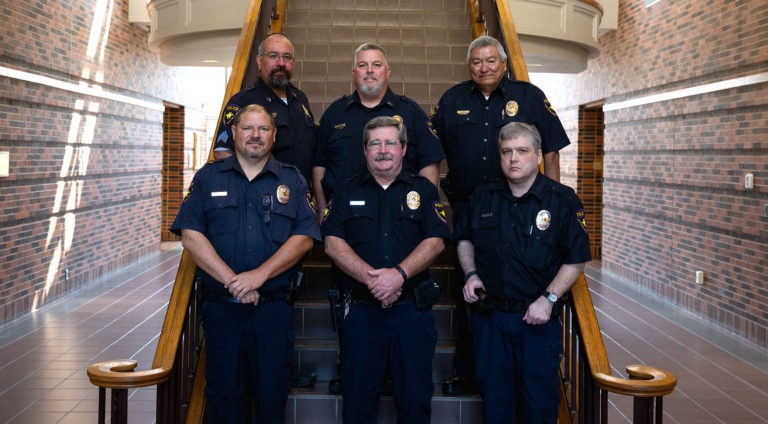